Posted on September 8, 2016 by nwahealth in Clinic General News - No Comments 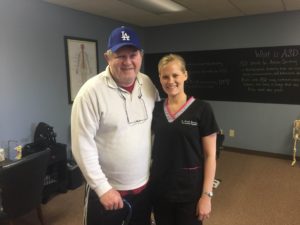 Who is excited for Hog football to return?!?

In honor of this sacred season – we’d like to give a shout out to a local football legend, Harry Jones! Harry played college football for the Razorbacks during the year they went undefeated and won the National championship. He was also the first Razorback football player to make the cover of Sports Illustrated!

In 1965, Harry set a then-school record for rushing yards in a game with 293 yards. He also led the nation in rushing in 1965. In 1966, he earned All-American honors and in 1967 was also a first-round selection by the Philadelphia Eagles in the NFL Draft.